Based on an original text to be performed by Scott Bywater (ex-Australia), with accompanied music and light by Warren Daly (ex-Ireland), as well as inspirations, responses and curvature by Greg Bem and Tashi Ko (Seattle), and reading by artist Bernadette Vincent

This piece is an experimental and yet accessible arrangement of art, funneling and combining influences of individuals from different continents and artistic backgrounds, inspired by a desire to collaborate in a spirit of adventure.

Two performances only (Sat 25th of July, and Sat 1st of August), approximately one hour in duration.

Buy the book and music now

1st of August Show Sold Out

25th of July Show Sold Out 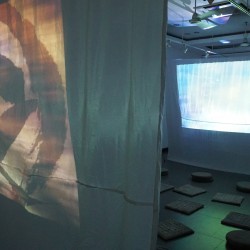 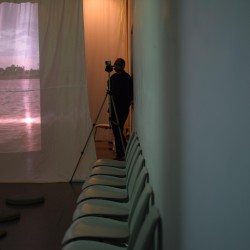 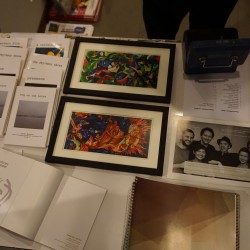 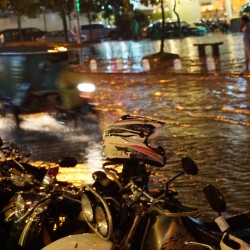 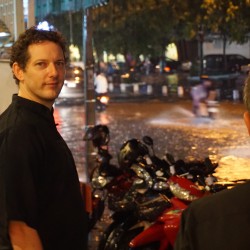 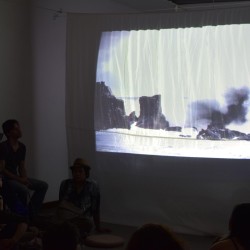 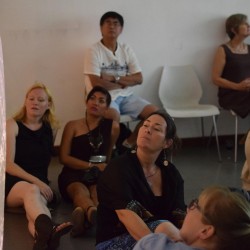 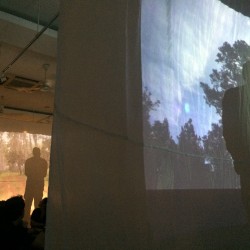 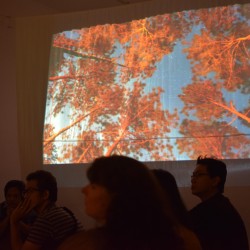 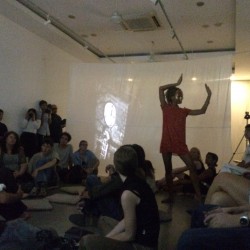 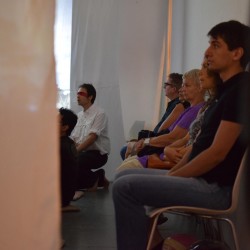 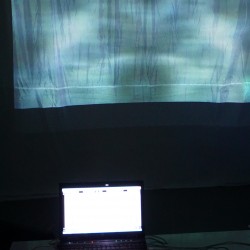 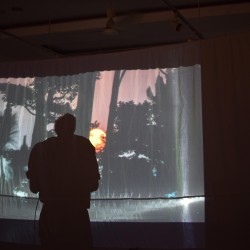 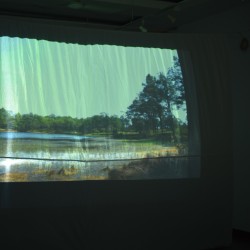 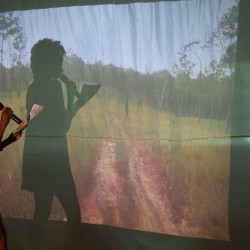 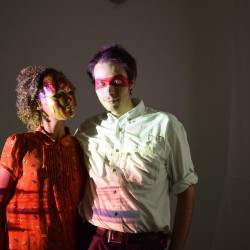 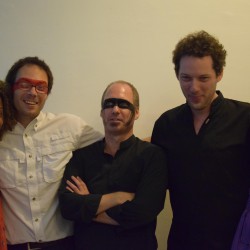 With a background in pirate radio, clubs and festivals, Warren Daly has been creating and performing his own music and live visuals since the curtain closed on the last millennium. His experience in the Irish music scene led him to co-found Invisible Agent, releasing its first 12″ vinyl in 2004. He continues to run this internationally-focused record label from Phnom Penh, Cambodia, promoting vinyl, print, and digital releases from around the globe.  The disparate sounds of Ireland, South Africa and Cambodia serve as living inspiration for Daly, and while Invisible Agent continues to showcase a cavalcade of emerging talent, his eclectic approach to art has propelled him into the studio and out onto the stage with a series of live shows, remixes, and collaborations. Warren is also a member of WASH, you can expect to hear their 2nd studio recorded album in 2016. Poet and singer-songwriter Scott Bywater learned to read and write in Tasmania, and now divides his time between Cambodia and France. In recent years he has printed four volumes of poetry, been a founder member of several Phnom Penh bands (including the Cambodian Space Project), worked for the ECCC, and become known for wearing a hat.  Since 2013 he has been part of the WASH collaboration, a Phnom Penh performance and recording project synthesising poetry, electronic music and visual art.

Natasha Marin’s passions include language, aesthetics, making friends, and the color red. She is terrified of soul train lines, spiders, reading poetry aloud, and abandonment. Her work travels with her around the world as part of the underground art ritual Miko Kuro’s Midnight Tea, which uses time, tea, and technology to bring about Genuine Encounters. Her latest Midnight Tea locations include Phnom Penh and Berlin. Her aliases include Vulnerable Red, daughter of Staunch Red and Red-Eye-Red. She is a mother of two smaller humans—Empire Red and Second Stardust Red.

Greg Bem is a librarian and artist who first lived in Cambodia from 2013-2014. During that time he was an intern and staff at Open Development Cambodia, and also worked for the FCC hotels in Phnom Penh and Siem Reap. Smaller projects included writing for The Advisor, running poetry and library workshops for Nou Hach Literary Association and the Cambodian Library Association, and supporting Our City Festival with Java Arts. During his time in Cambodia in 2015, he has served as an Information Specialist with Wildlife Conservation Society (WCS), and ran workshops for both Nou Hach and the Cambodian Higher Education Association (CHEA).

the stones are awake